What does ring fencing mean?

What does ring fencing mean?

asset protection
In asset protection agreements, earmarking can be used by separating certain assets and liabilities into separate entities within a group. It can also be used as a method to mitigate liquidation risk or improve a company's credit rating.

Regulatory separation
In the case of loans or bonds, earmarking generally allows an investor to have both a link to a specific asset it owns (e.g., wind farms owned by a utility) and full credit support for a utility's balance sheet.

A common form of separation is when a regulated public utility financially separates from a parent company that operates a non-regulated business. This is done primarily to protect consumers of essential services such as electricity, water, and basic telecommunications from financial instability or bankruptcy of the parent company resulting from losses in its open market operations. Ringfencing also keeps customer information within the public utility separate from the profit-seeking efforts of the parent company's other businesses.

As a result of the 2008 financial crisis, the largest banks in the UK are required under the Financial Services (Banking Reform) Act, 2013 to ring-fence their retail business to increase depositor protection. The ring-fencing requirements came into force on 1 January 2019. The UK banking ring-fencing requirements require such retail banking activities to be conducted through separate entities and sub-groups within each major banking group. The Prudential Regulation Authority is the lead regulator for ring-fencing, responsible for determining which banks fall within the scope of ring-fencing legislation and overseeing banks' implementation of the rules.

You can find more and further information in our Lexicon/Glossary or in the IBC Act.

How helpful was the information?

Google Rating
5.0
Based on 41 reviews

Does an IBC give foreigners an unfair advantage over residents? 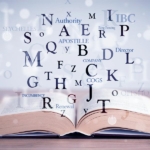 What information do you need about the planned business and akti...
Scroll to top